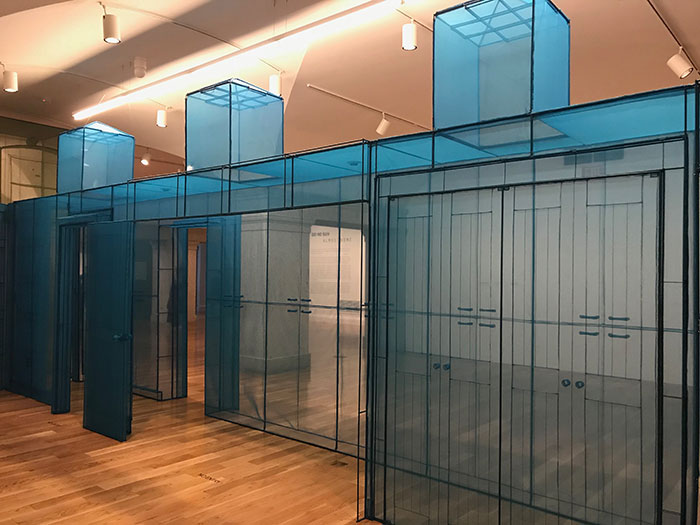 Yesterday I stopped by the Smithsonian American Art Museum to see Do Ho Suh’s Almost Home exhibit. The immersive installation features hand-sewn recreations of homes where Suh has lived around the world. It was amazing getting to see his attention to detail up-close and in-person. I was especially impressed with the doorknobs and piping that ran throughout the installation. We waited in line briefly before we could walk through the installation of bright colors. The transparent fabric made the whole art piece have a dreamlike, hazy quality. Around the installation were several smaller pieces and studies by Suh. I was fascinated by the colors he used, and again, those details! One of my favorites was the fire extinguisher that he recreated with fabric. Above you can see his fabric microwave creation. A couple of these radiators were also inside the installation. And one of the more unusual pieces was a recreation of a circuit breaker. I suppose it just seemed unusual since even though it is a detail that every home has, it’s something you don’t really expect to see represented in art.

It was definitely a fun visit taking a look at Do Ho Suh’s work. As an artist, it’s important to see what others are creating out there. That way you can get a new perspective on other artwork that’s being made, and get your own inspiration for new work. 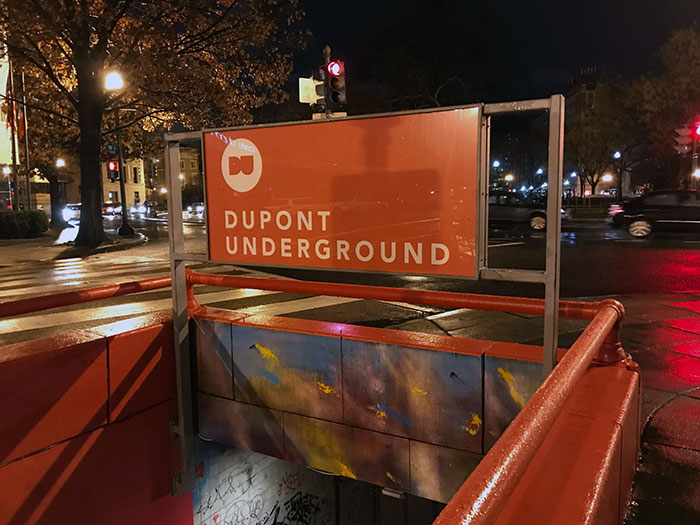 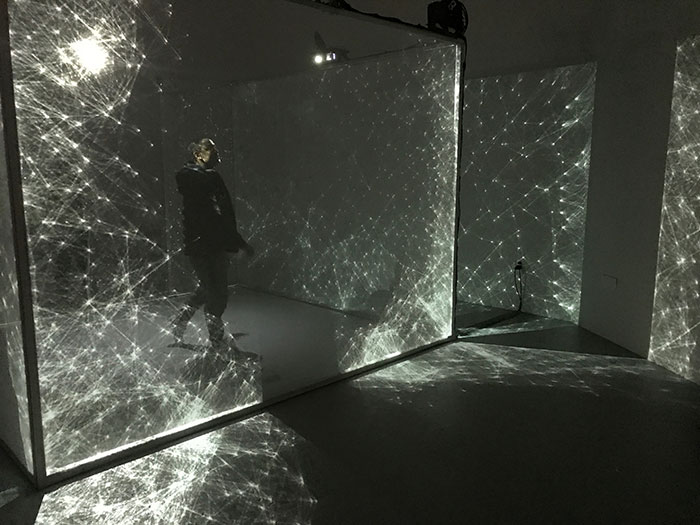 Last night I had a chance to see the XYZT: Abstract Landscapes exhibit at ARTECHOUSE – the show is closing soon, so I’m glad I had a chance to stop by. The exhibit is a world-travelled installation by French contemporary digital artists and multimedia choreographers Adrien M & Claire B. Lately I’ve been trying to get out the studio more to gather inspiration from other artists. And I’m happy I had a chance to see this show since it allowed me to experience an art exhibit in a new way. The show was a digital playground for people of all ages. I went to the evening admission, where only adults were admitted, and it was amazing to see how grown adults were playing with the exhibit like they were kids again. The exhibit consisted of several digital projections, and most of the projections were interactive. The image above shows a floor projection, where when you walked across it, the different particles would sense your movement and move. This pieces was a really fun, interactive one. It was a large cube that you’d walk into, with letters or patterns projected on the walls. You could move your hands near the walls and the letters and patterns would start moving based on your own movements. Here’s a touchscreen that had a pattern where users could create a ripple-like effect by pressing on the screen and moving their hands or fingers. And lastly, here’s a piece where particles would clump together in sections where they sensed a viewer was standing.

Overall, the exhibit was a refreshing experience. Instead of your typical stuffy museum setting, ARTECHOUSE has a modern look and feel, and the show XYZT: Abstract Landscapes let me experience the digital world of art in a new way. However, I did think the exhibit was a lot smaller than I expected. Despite being thrown off by the size of the room, the show was an incredible experience.