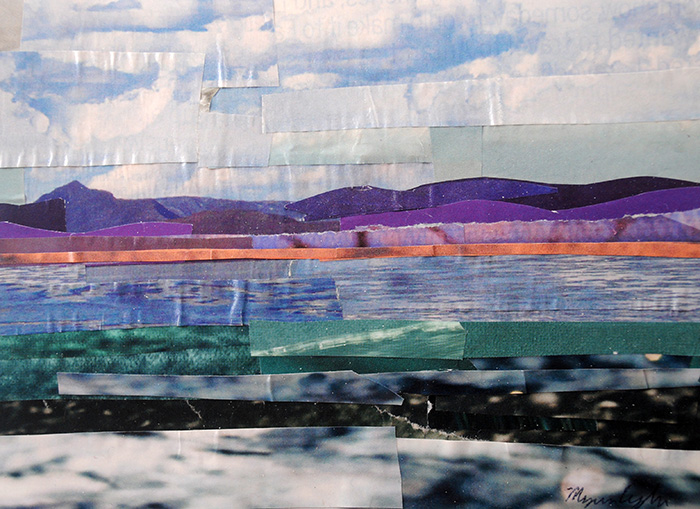 I’m getting in the habit of making these time lapse videos now that New York has been social distancing. I’m normally drawn to making animal portraits, but I figured I’d tackle a landscape since it’s been a while. I’ve taken a lot of pictures over the past couple of years, and I’m thinking I should start a series inspired by my travels. 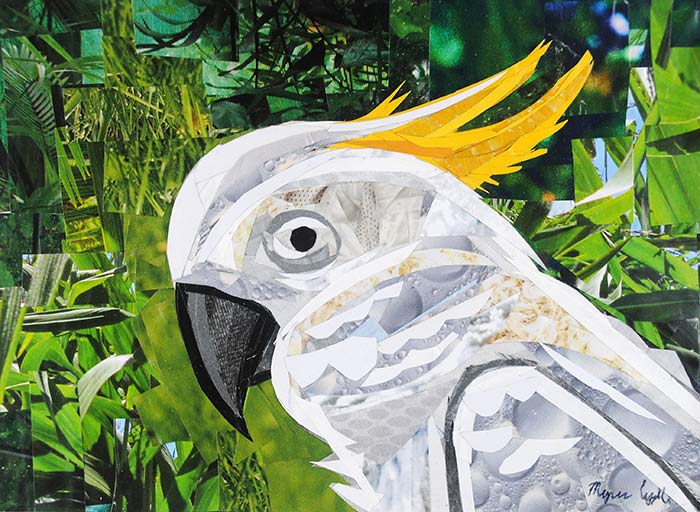 It’s a strange time right now. I never thought that I would ever experience a global pandemic, and now that I’m currently living in Brooklyn, in a city that’s been hit hard by COVID-19, I’m staying home in my apartment as much as possible and finding new creative projects to distract myself from the news.

I’m lucky that I have a lot of creative interests, and now I’m going to spend a lot of time exploring my art, writing, and coding. I’m looking forward to when this is all behind us, but at the moment, I’m doing my best to make the most of the present.

This past weekend I worked on another time lapse collage, this time I tackled a cockatoo portrait which was inspired by my recent trip to Australia (cockatoos were everywhere there). As I’m spending more time indoors, being creative, I’d like to produce more of these time lapse videos – so stay tuned to see more soon! 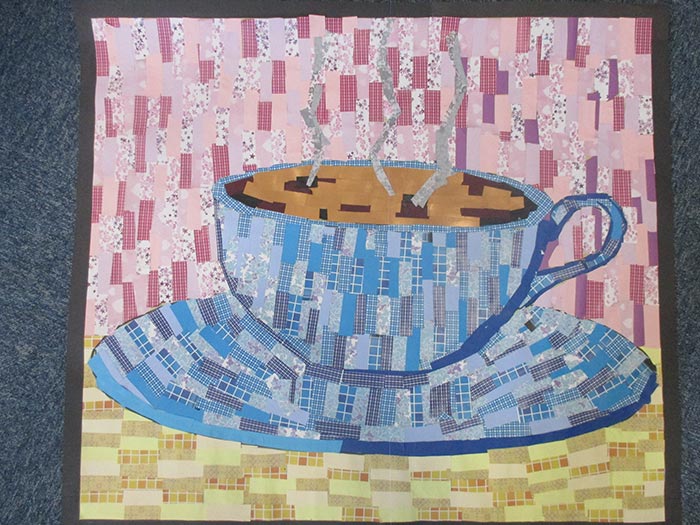 Last month I heard from Lisa, a teacher from Wolsingham, England, who sent me images of her class’s artwork. Her Year 4 class was learning about collage. They studied Henri Matisse’s work of “painting with scissors” and my “painting with paper” technique.

Above is a piece that was completed by the entire class, while below are images of some of the student work (their plans and finished pieces).

I always enjoy hearing from teachers and seeing student collage work. It definitely made my day when I received these images of colorful artwork in my inbox.

I really enjoyed seeing how these students incorporated different textures and colors into their work. I was also really impressed with how they layered bits and pieces of paper. I hope they continue to explore collage and work on different compositions in the future. 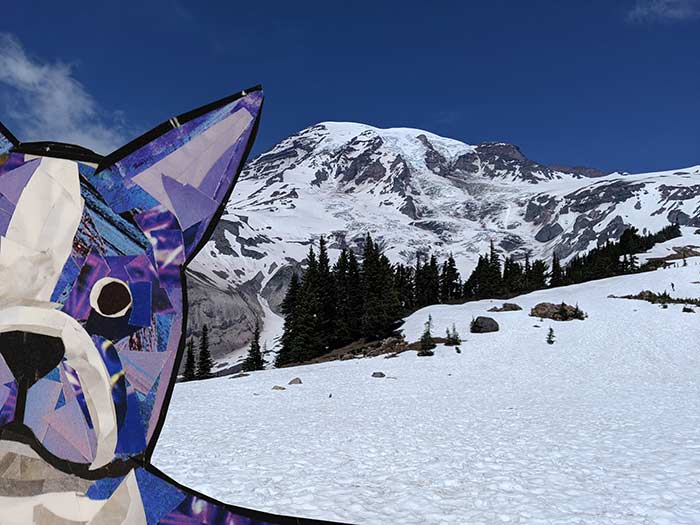 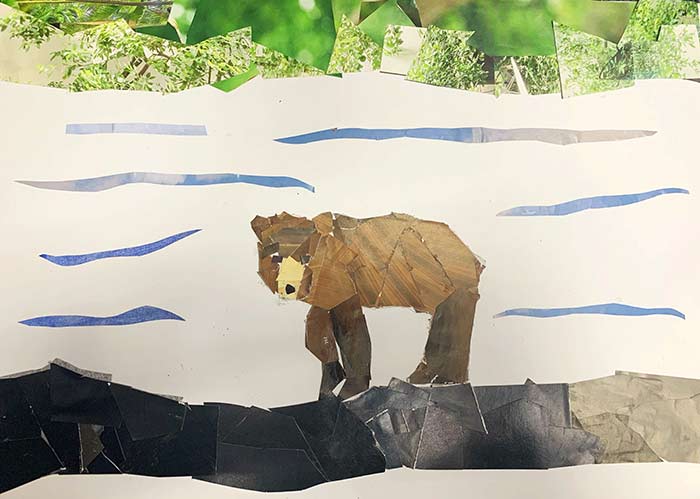 The other day I heard from a teacher in Caracas, Venezuela, whose grade 6 class was studying my work and then made their own collages. Here are a few images of their artwork that she sent my way:

I really enjoyed seeing the creative compositions that the students came up with this time.

The other day I completed an Australian Shepherd collage, as part of my dog portrait series. I have a tendency of being drawn to animal portraits for my collages, so I feel a need to try to change things up this year by exploring landscapes/cityscapes and still life work. We’ll see what I end up piecing together next!

I made this collage back in October since I decided to be Hermione for Halloween. I wanted to make an animal collage related to my costume, and since the otter is Hermione’s Patronus, it only made sense to make an otter collage. 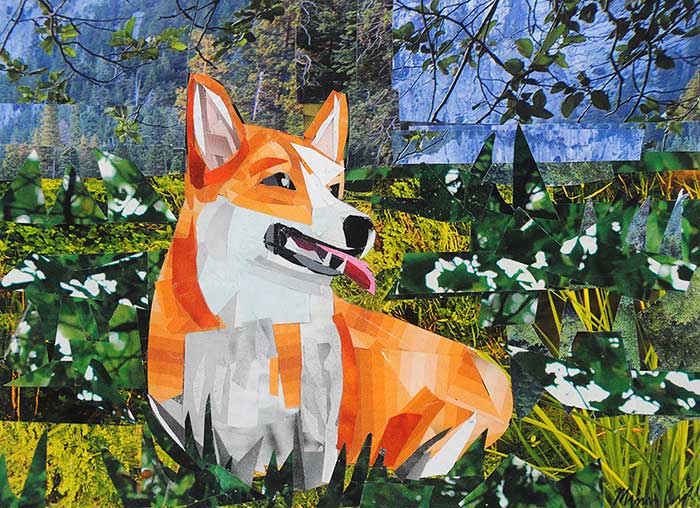 It’s been a while since I’ve made any new work. Life has been difficult for a number of reasons these days, and as a result, I’ve had to put my art on hold. Luckily my time has freed up a bit lately, and I felt a need to dive back into art-making. I figured what better way to get back into my creative routine than by making a collage of one of my favorite types of dog?

Anyway, stay tuned for more art. Previously I used to make something new just about every month. I’m thinking that I’ll alter this frequency a bit as I start exploring different creative outlets. After all, a big part of being an artist is exploring and experimenting with different ways of being creative. It’s good to change things up. 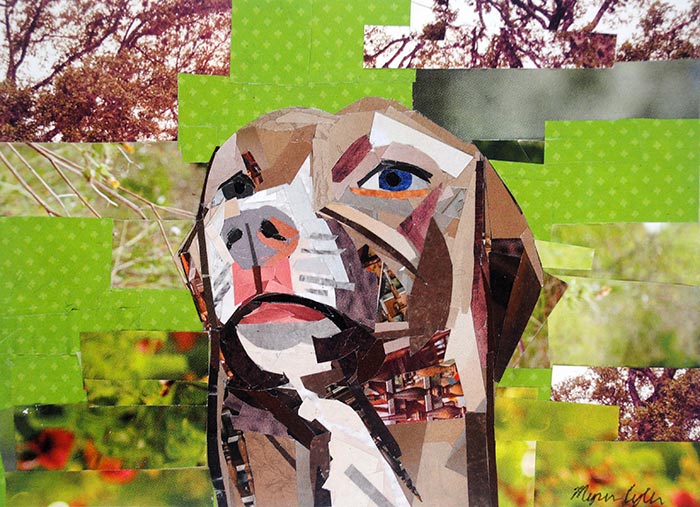 Life has been a little hectic and chaotic for me lately, so I haven’t had a chance to make that much new artwork. However, I still managed to find some time. This is a commission that I completed the other day for a friend from high school. I used a pretty limited color palette for this piece, which was challenging and fun in it’s own way. I tried to incorporate a decent amount of texture in the background as well as for the dog. This collage was also a challenge in the sense that the dog’s head is tilted at an unusual angle. Anyway, I enjoyed tackling this pet portrait of a dog from Peru. 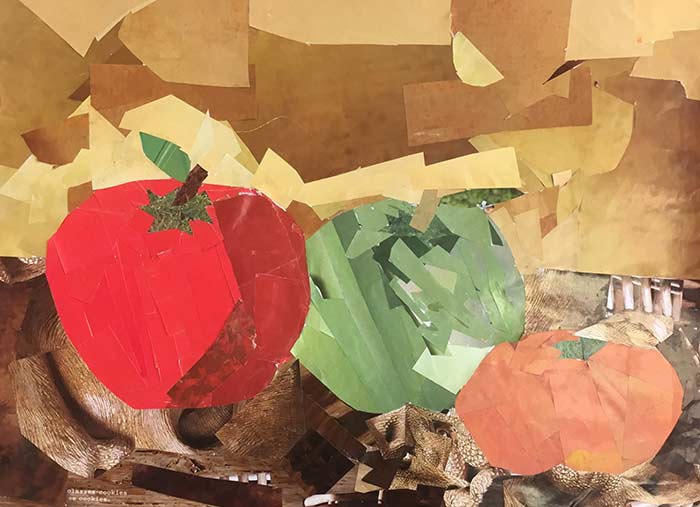 A class of K-8 students from the St. Cyril School in Tucson, Arizona studied my collage art and made their own still life collages.

The students did a wonderful job of incorporating solid colors, textures, and text into their collages.

It was fun seeing the different styles of the students. That’s one of the things I love about making art – every artist has his/her own unique voice. And it’s absolutely wonderful seeing the voice that artists have at all levels.

Overall, I was impressed with what this class came up with. I hope the students continue to make collages in the future.