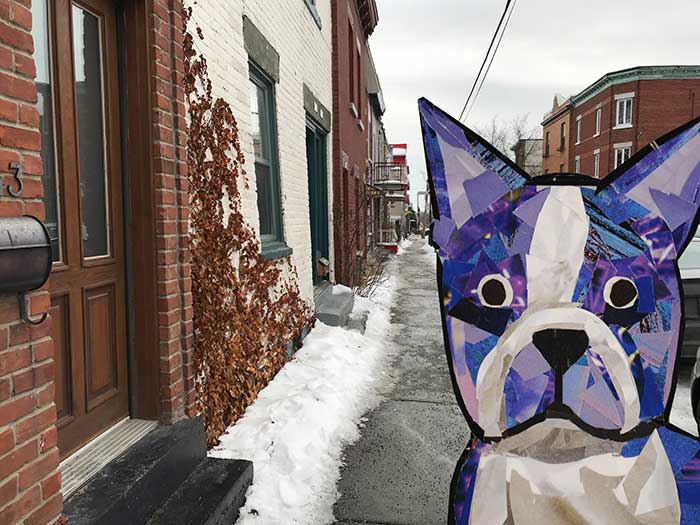 Bosty wanted to escape the winter in Washington, DC, so he jetted off to…Montreal, Canada. I suppose he wanted to swap one cold winter for a colder one. Anyway, he decided to spend a weekend exploring the streets and running through the snow. He also really enjoyed a lot of the street art in the area. Even though it was his first time to the city, he decided to admire the overall environment instead of playing tourist the entire time. Murals even caught his eye at night when he strolled through the snowy streets.

He loved seeing all the night lights, especially ones that were strung across the street. And on the last night of his trip, he decided to do at least one touristy thing – ride the La Grande Roue de Montréal, otherwise known as the Montreal Observation Wheel. It was a wonderful way to say farewell to the city by getting a good look at the skyline.