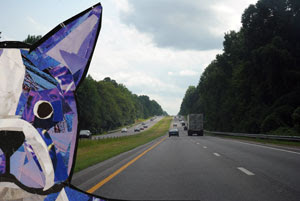 Bosty decided to join us on our trip to Lexington, North Carolina for my “Out of the Wild” group exhibit. He really wanted to check out Chapel Hill – so we were on the road again.

We ran into a bit of traffic getting out of Washington, D.C., which made Bosty a little impatient. 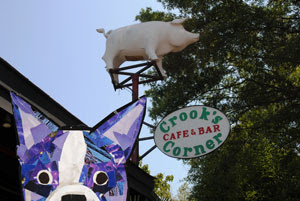 But eventually we made it to Chapel Hill. First stop? Crook’s Corner for a bite to eat. Bosty really wanted to go there because of the pig on the roof. He thinks they should call it “Bosty’s Corner” with a mini sculpture of him on the top. 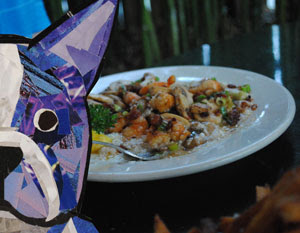 We ordered some good ‘old shrimp and grits. When we weren’t watching our plates, Bosty decided to sample our food. He had quite a few samples by the end of the meal. 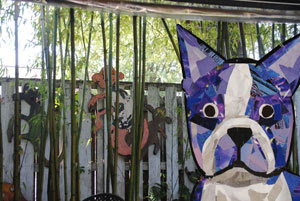 He liked the decor of the courtyard – they had lots of bamboo that made him feel like he was lounging in a jungle. 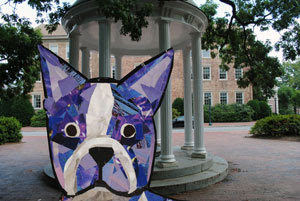 The next day we strolled around UNC’s campus. Bosty decided that all my snapshots weren’t picturesque unless he starred in them. 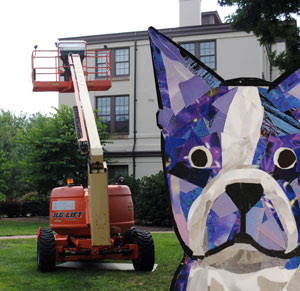 He got a little too excited when we walked by a construction site. Bosty really wanted to play on all the trucks and machines. We didn’t want him horsing around there, so we decided to call it a day for this dog.