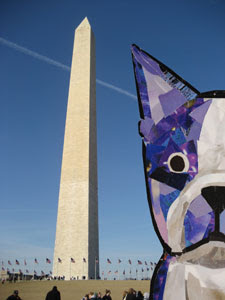 Bosty felt like being a tourist for the day so he stopped by the Washington Monument for a touristy snapshot. 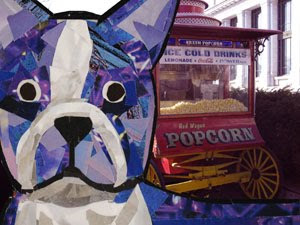 Then he wanted to hang out by a popcorn vendor. He was hoping someone would spill their food so he could gobble up a quick snack. 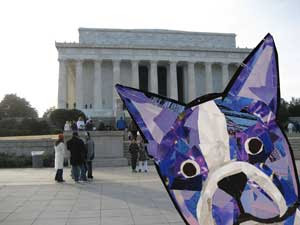 Then he moseyed on over to the Lincoln Memorial. 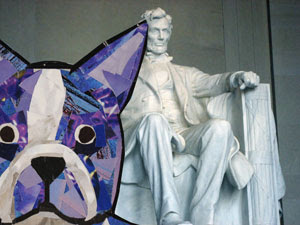 After begging in front of the statue of Lincoln, Bosty realized Lincoln wasn’t a live person and he wasn’t hiding any snacks in his hands. 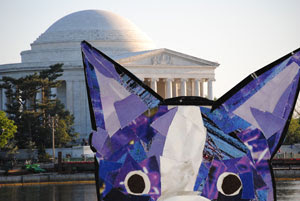 So he popped on over to the Jefferson Memorial. 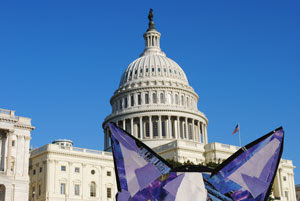 And decided to get in the way when I tried to take a picture of the Capitol.

So all in all, it was a productive doggy day.