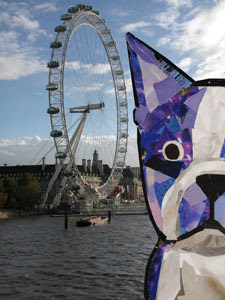 Bosty ended his England vacation with a trip to London. First up? A ride on the London Eye. 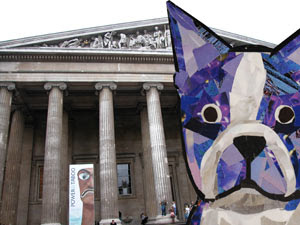 Then off to the British Museum – Bosty wanted to pose for the camera in front of the museum. After all, Hitchcock did film a scene there. The building’s practically a celebrity to Bosty. 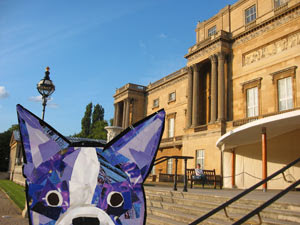 And he just had to stop by Buckingham palace to say hello to the queen. He felt quite at home at the palace – the longer he toured the halls, the more he felt like royalty. 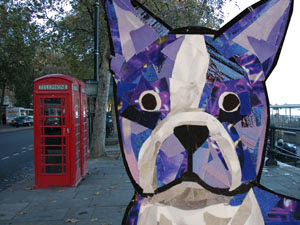 While wandering the streets, Bosty would run up to red telephone booths and press his nose against the glass. He’d look inside to see if anyone was making a phone call. 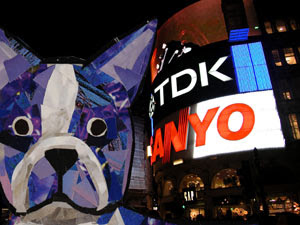 Piccadilly by night reminded him of NYC. Bright lights and lots of people kept him busy – he liked running up to greet every stranger that walked by. 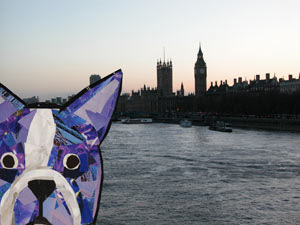 Some evenings Bosty would perch by the Thames to watch the London skyline as the sun set. 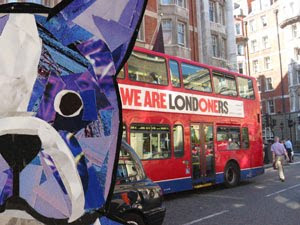 While during the day he’d chase after double-decker buses and cars driving on the left side of the road. 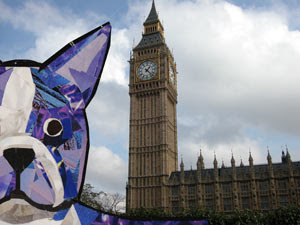 Before leaving the city, Bosty had to say good-bye to Big Ben. Then he walked off, thinking about where he’d head next. Perhaps New York City? London did remind him of that big city back in the States.

6 Replies to “Bosty goes to London”