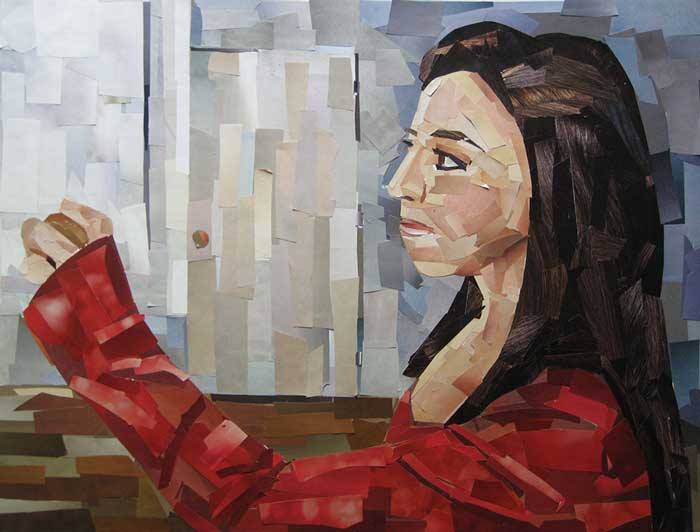 I completed a collage of my roommate–I had to make a new one for an upcoming exhibition that a couple of students are holding in the library during our student research day. All I need to do now is get some better pictures of it, frame it, and then it’ll be ready to hang.

I went to check out the gallery space for the “All Senior Show,” which is located directly on campus in the Isabella Cannon Room. My senior thesis exhibition will be in the art department though, in a gallery that is a lot smaller than this one. Also, this week will involve a lot of intense matting for my senior thesis pieces. I’m officially graduating with an art degree, and now I just have to go through the hectic week before the opening reception. Here are a few pictures of the show: 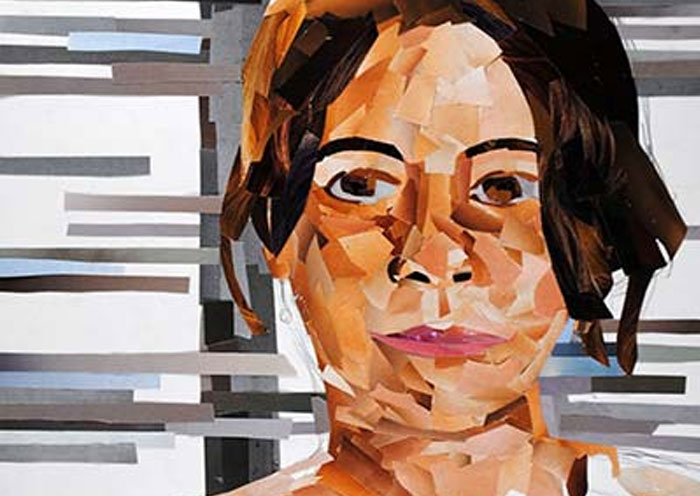 Megan Coyle’s “Figure in front of Window” collage was on display in Elon University’s Isabella Cannon Room for an all senior art show. She created this collage portrait specifically for the “All Senior Art Show.”

The art show gave senior art students a chance to showcase artwork that represented their entire body of work for that year. Megan created a series of six collage portraits for her senior thesis, where she went through an extensive process of editing each collage. For the “All Senior Art Show,” she wanted to display a piece of art that represented her collage process. “Figure in front of Window” does just that—the collage has a partially finished look which emphasizes the shape of the magazine cut-outs that have been glued down. The original paper that the magazine cut-outs are on shines through a bit, as well as parts of Megan’s underlying sketch that was done before she started collaging. The portrait shows the transition of moving from a rough sketch to a representational collage portrait.

This week one of my professors let all the seniors know that we have an “All Senior Art Show” coming up. We have to submit a work of art by next week. Also, the piece can’t be from our senior thesis…it can be an extension of our senior thesis or something else we’ve done this year. Unfortunately I took all my artwork back home a few weeks ago, so I had to decide whether or not to go home this weekend or make a new work of art. I decided to make a new work.

This is the finished collage that will be up–it’s supposed to be a self-portrait but it doesn’t look too much like me. I decided to do a “half-finished” piece, so that you can see a bit of the process involved with my collages. I’ll take pictures once it’s up in the gallery space. 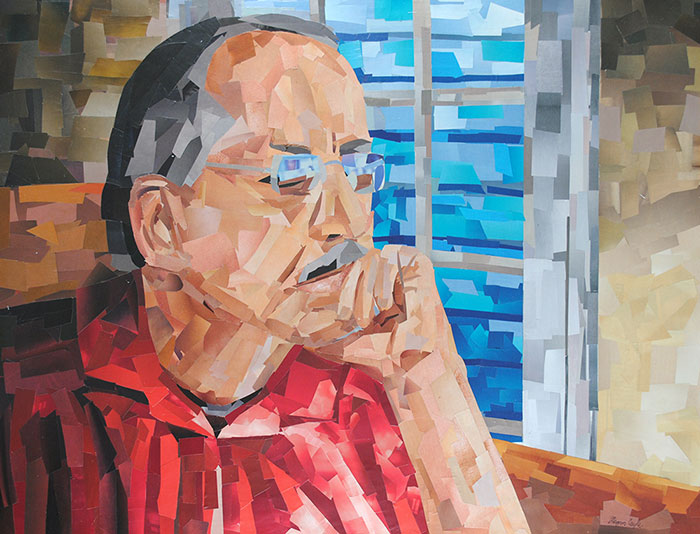 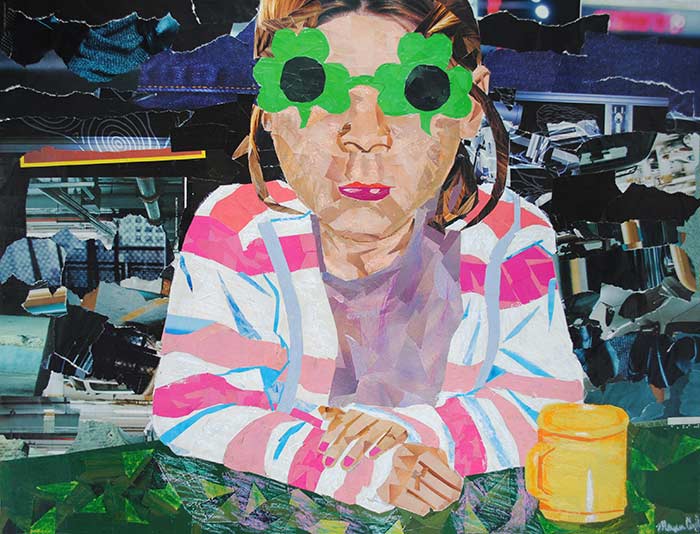 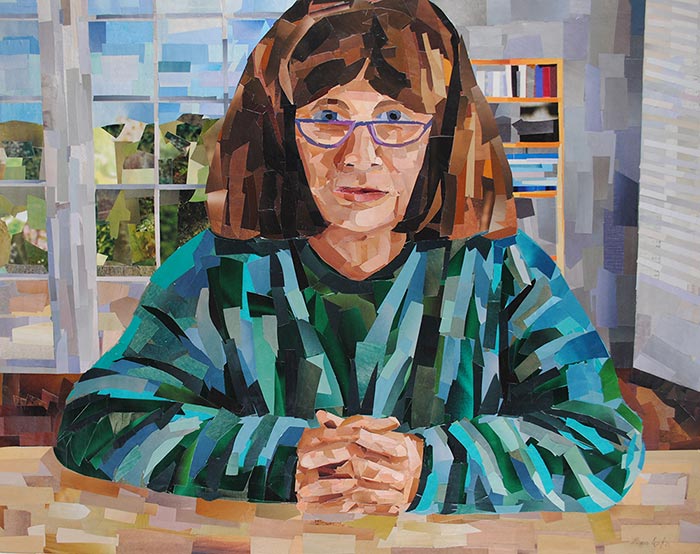 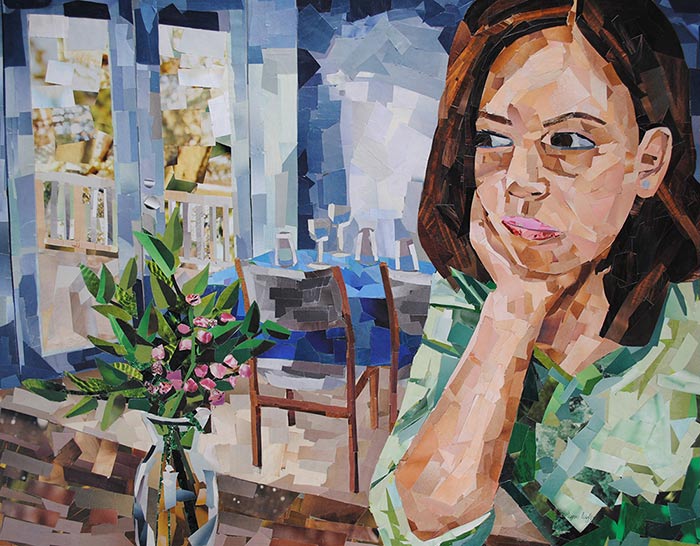