There are so many different animals that exist in the world. For that very reason, they work well as the subject for art. They come in so many shapes, colors, and sizes, that there are plenty of options when it comes to putting together a composition.

There are many ways to depict an animal. Megan Coyle prefers focusing on the animal while making the environment around the critter secondary. She does this by simplifying the background so the details of the animal are all the more noticeable. Thus when we look at her artwork, the animals stand out.

How can you depict animals?

How would you like to portray an animal? How can different portrayals of animals affect the way we think of them? 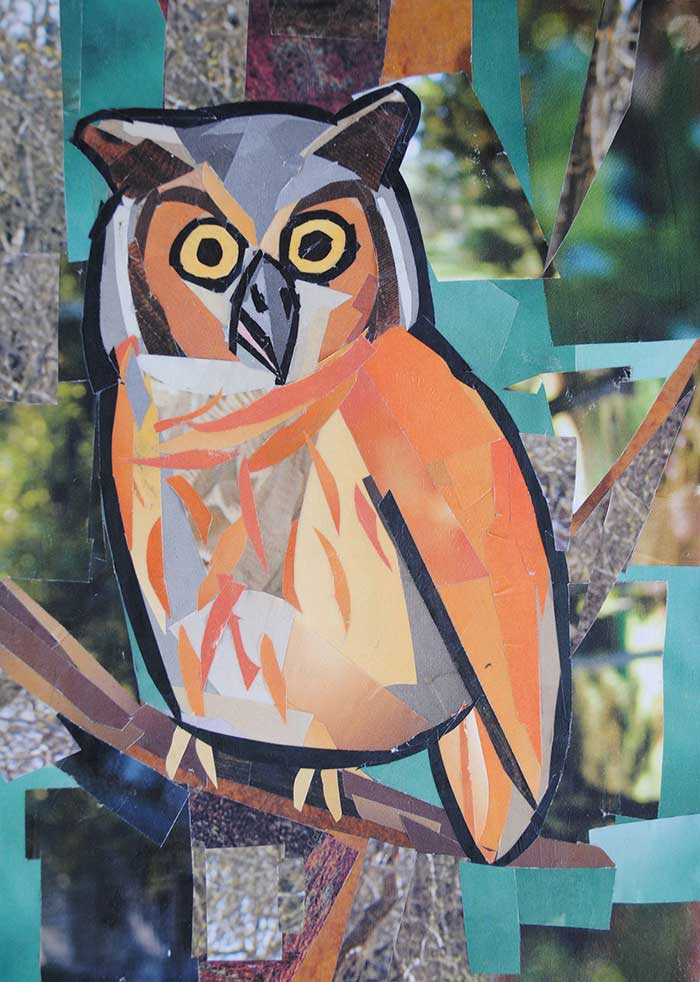 Outlining the owl and his eyes with dark colors makes him look more like a cartoon than realistic depiction of an owl.