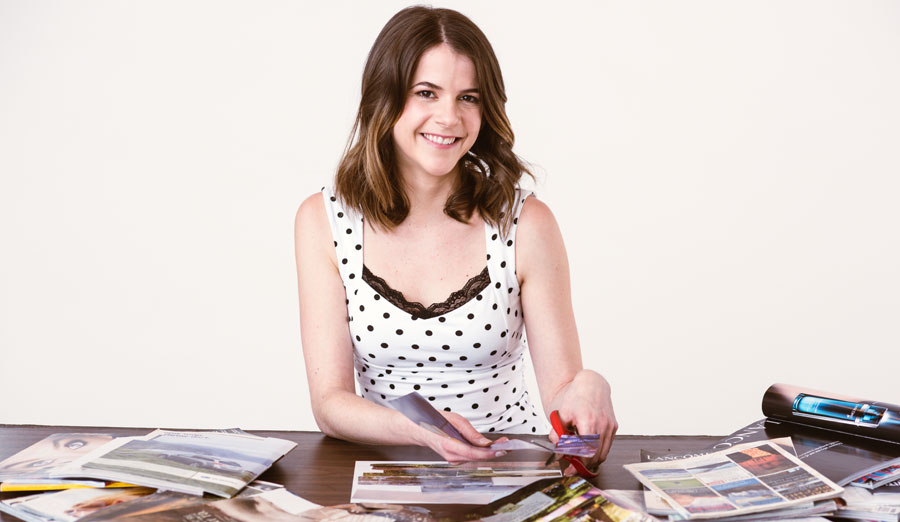 I grew up in Alexandria, Virginia. As a child, I took several classes at a local art gallery and often wrote and illustrated my own stories. I became more serious about art in high school, but by the time I entered college, I was almost positive that I would someday become a writer. Several writing workshops later, my zeal for writing had passed on—I was a mess trying to figure out if anything I wrote was ever any good. Thus it was time to give up writing and turn back to my roots in art.

In 2008, I graduated from Elon University with a degree in Painting and Creative Writing. For my senior thesis, although I studied painting, I created several portrait collages from magazine strips. This series became my first cohesive body of work, showcasing a technique I call “painting with paper.”

Since then, I’ve continued to work on honing and developing my craft as an artist. I have exhibited my artwork in galleries all over the U.S., including the Ward Museum, i.d.e.a. Museum, Smithsonian Ripley Center, Art League Gallery, Krempp Gallery, and Caton Merchant Family Gallery. In 2010, I was selected to participate as a Visiting Artist at the Torpedo Factory Art Center in Alexandria, Virginia. In 2011, I wrote and illustrated my first children’s book, Duck & Fish.

I’m currently working on commission work and selling artwork through my website. 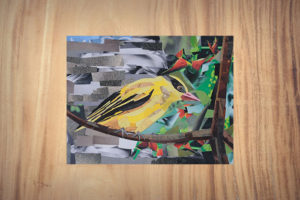 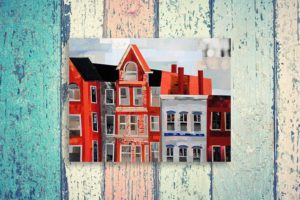 Collages Inspired by the D.C. Landscape
I grew up in Northern Virginia, so I’ve become pretty familiar with the Washington, D.C. area over the years. And
Read more. 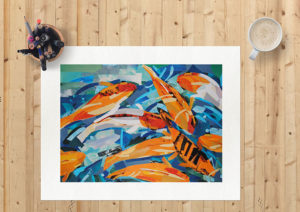 Why I Make Collages
I’ve been making art for as long as I can remember. I guess you could say that first I learned
Read more.
view more